Financial incentives for medication adherence - do they work? Why they have the potential to work

Do financial incentives work to improve medication adherence? While there are a limited number of studies that have examined the effects of financial incentives relative to the vast body of literature of other studies that have tried to improve medication adherence, interventions with financial incentives do show some promising results. For example, a recent large clinical trial was able to demonstrate that paid incentives can effectively promote adherence for statin medications in patients at risk for cardiovascular disease. One reason for this, as the researchers wrote is: “Financial incentives promote adherence by offering a salient reward for the typically distant effects of statins on cardiovascular disease”1. Offering patients such short-term rewards for healthy behavior can counteract something called present bias, or the tendency to overweight the immediate consequences of actions and underweight their future consequences2 3. Present bias is a significant contributor to many harmful behaviors including non-adherence4. For example, patients with hypertension experience the inconvenience and financial costs of taking medications in the present, but, similar to taking statins for patients at risk for cardiovascular disease, the potential benefits lie far into the future and are not guaranteed for everyone5. Offering rewards in the present can compensate for a lack of intrinsic motivation and encourage long-term healthy habit formation.

Studies that have shown promising results

Unfortunately, most interventions that have tried to improve medication adherence have examined methods that are often complex, focusing primarily on counseling and educational support. These interventions have only had minimal success6. One reason is that they generally assume patients are rational and possess the self-control necessary for sticking with a long-term therapy plan. Interventions informed by behavioral economics, on the other hand, take into account the cognitive, psychological, emotional, and social processes that influence each patient’s decision-making. One key tool of such behavioral economics interventions is the use of financial incentives, which have shown intriguing results in broad areas of health including smoking cessation7, physical activity8, and eating habits9. With regards to adherence, a review of randomized trials in the United States found that 10 out of the 11 studies that offered patients cash, gifts or vouchers for adherence could demonstrate significant improvements relative to alternative treatments10. A further review of 15 studies concluded that financial incentives, among other approaches based on behavioral economics, could address the present bias preferences that prevent patients from improving their health11. Finally, a noteworthy study in Singapore had patients pay for their medications upfront and then refunded this payment only if adherence was satisfactory. This strategy leveraged another bias, loss aversion, or the fact that the pain felt from a loss is about twice as strong as the joy felt from a gain and people are therefore more compelled to avoid losses12. Thus, the intervention increased the motivational power of the financial incentives and was able to improve adherence by 12 percentage points relative to controls13.

Our take: financial incentives based on loss aversion or combined with other behavioral economics approaches are more effective

Other combined approaches such as pairing commitment contracts with incentives16 as well as frequently interacting with patients with incentives and reminders rather than giving one lump sum reward17 may hold promise in promoting engagement and motivation. Overall, there is a clear necessity to tailor these multi-faceted interventions to the individual patient needs14. Furthermore, although there is evidence that financial incentives relying on loss aversion as well a combination of behavioral economics interventions including financial incentives have the potential to improve medication adherence, more studies are needed to investigate this in more detail, particularly with patients living in Central Europe. We are currently testing the effects of financial incentives on medication adherence through ongoing research. 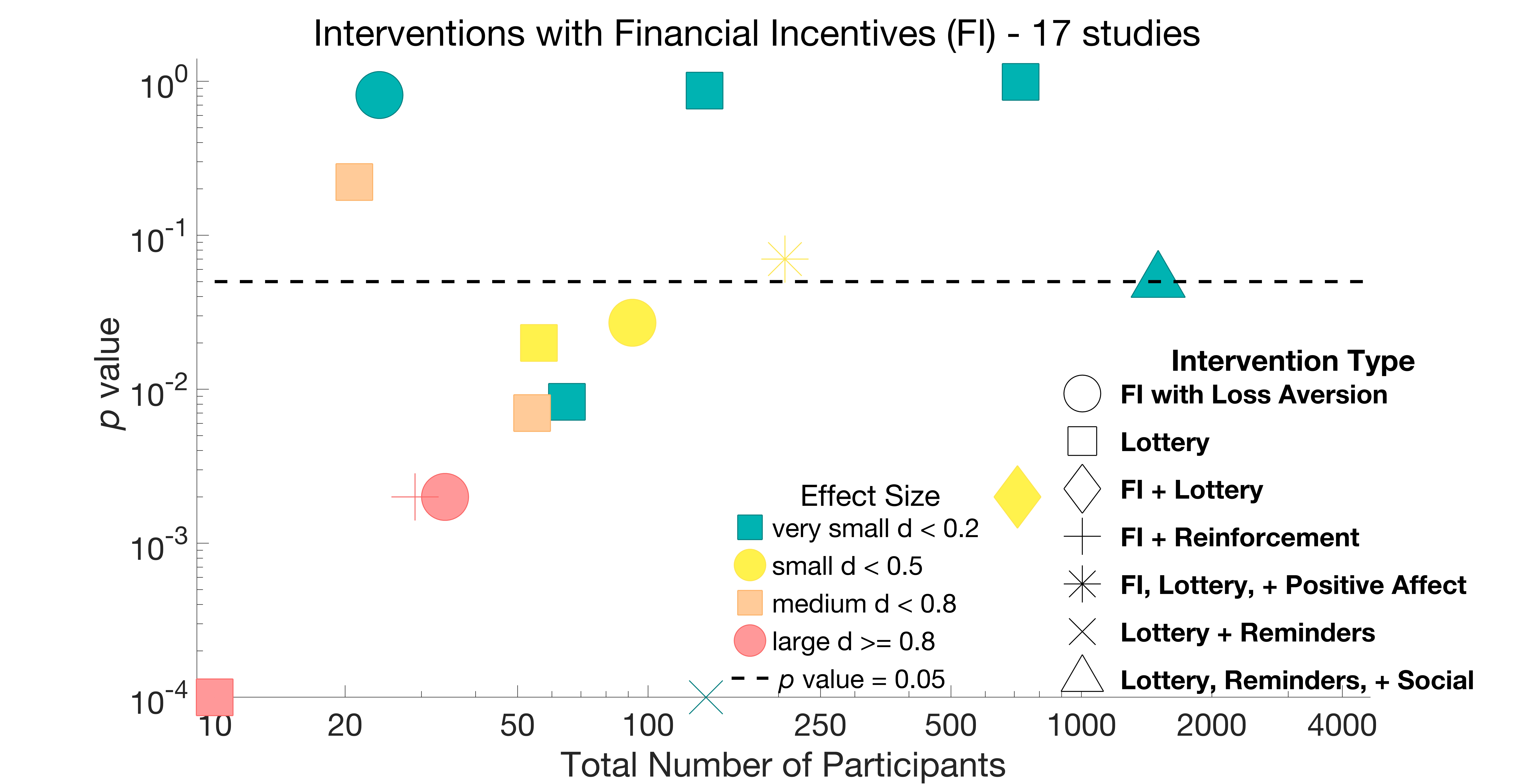 If you would like to know more about our approach in detail or our ongoing research, feel free to get in touch here: